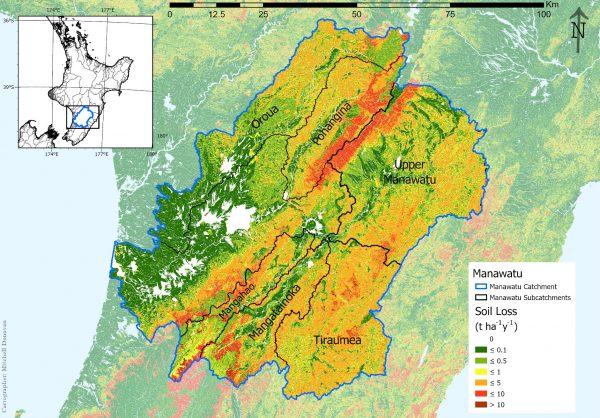 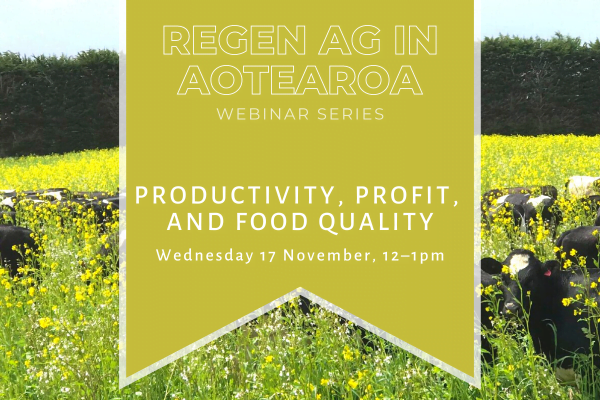 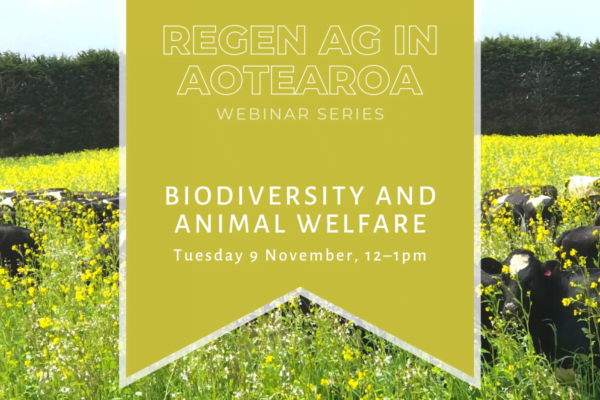 New Zealand’s farmers have been given the freedom to set their own path to reduce greenhouse gas emissions on farm, with a 2022 deadline for making progress.

For farmers who prefer a ‘rip off the Band-Aid’ approach to change, new research from the Our Land and Water National Science Challenge shows one path to producing carbon-neutral dairy products – that also decreases nitrogen leaching by 42 percent.

“There are many ways to manage a farm to deliver carbon-neutral products,” explains lead researcher Dr Gina Lucci, senior scientist at AgResearch. “We modelled three different scenarios, with actions such as replacing or eliminating feed and fertiliser inputs.”

The researchers took a pragmatic approach, modelling methods to reduce greenhouse gas emissions as far as practical, without seriously affecting milk production or making radical changes like retiring part of the farm. Carbon-neutrality was then achieved by paying to offset the remaining emissions.

“We focused on two scenarios where the level of production – that is, kilograms of product produced per hectare – remained closest to the conventional base system,” says Dr Lucci. “For the third scenario, we took off the brakes and reduced the stocking rate, to reduce the amount of feed being bought in.”

Compared to the conventional base farm, the best-case scenario (Scenario 3, see table below) for delivering carbon-neutral dairy also had the potential to reduce nitrogen leaching by a surprising 42 percent, while also reducing greenhouse gas emissions by 20 percent.

It’s proof that it may be possible to change farm systems so they’re better for our rivers, our climate, and our farmers – all at the same time.

A key change enabling this steep decrease in nitrogen loss was to use maize for up to 30 percent of the feed. “Of course, this feed needs to come from somewhere,” says Dr Lucci. “We included off-farm feed production in our carbon footprint calculations, but not in our nitrogen-leaching estimates, which are only from the farm.”

There may also be on-farm infrastructure barriers: the quantity of maize required is significant and would need to be stored somewhere dry.

The best-case scenario for decreasing N-loss also removed nitrogen fertiliser, with maize replacing the extra pasture growth, maintaining total energy intake while reducing nitrogen excretion. The stocking rate was reduced by 17 percent to 2.4 cows/ha, increasing per cow production by 8 percent above the base.

By 2024, New Zealand farmers will be required to report their livestock emissions and set them on a downward trajectory. Meanwhile, “the demand for value-added food products is growing, alongside a huge increase in public awareness of the climate impact of food choices,” says Dr Lucci.

“For New Zealand dairy farmers, taking a net carbon-neutral approach offers a promising route to adapt their current farm system to reduce emissions – and at the same time, significantly decrease their nitrogen losses and improve profitability.”

What about the cost?

A key element of this research was to find out whether consumers of New Zealand exports would pay more for carbon-neutral dairy products – and if so, would the price premium be enough to cover farmers’ costs?

Dr Wei Yang, an economics lecturer at Lincoln University, conducted a meta-analysis that combined the results of 32 existing studies to learn how much more consumers would be willing to pay for dairy products with “feel-good” qualities related to the environment and animal welfare.

“The methods of each of these individual studies varied, meaning that farmers can’t rely on any one of them alone,” says Dr Yang. “A meta-analysis controls for these variables, and by assessing and comparing the 206 observations contained in the 32 different studies we can give farmers a much more reliable indication of the potential price premium they could gain.”

After running the data through a raft of processes to remove bias and uncertainty, Dr Yang’s work predicts that overseas consumers are willing to pay 26.4 percent more for environmentally-friendly dairy products – and this is increasing over time. “Environmentally-friendly” was used as a proxy for carbon-neutral products, for which there has been little willingness-to-pay research. This is likely to change, says Dr Yang, because providing carbon information to consumers is seen as an important instrument for tackling climate change.

“Considering the increasing awareness of climate change, I’d expect research focusing on how consumers perceive carbon-neutral labelling to grow,” says Dr Yang. Although other businesses along the value chain would all take their share, Dr Yang used historical US data to calculate that 30% of this premium could be returned to the farmer.

After including carbon-neutral certification fees and the cost of offsetting emissions that were impractical or impossible to eliminate on-farm, such as biogenic methane, the results show that producing carbon-neutral dairy products has the potential to increase farm profit by up to 15% if a fair share of the price premium is returned to the farmer.

New Our Land and Water research is looking into how value chains can reward sustainable land-use practice.