There were 15 successful projects in the first funding round for the Our Land and Water Rural Professionals Fund.

What are we doing? E aha ana mātou?

The Rural Professionals Fund enables individuals and businesses to partner with scientists to test exciting and innovative ideas that could lead to significant improvements in farming systems. All projects are required to extend what is learned to the wider rural profession and farming community.

The fund launched in May 2020, with investment awarded to 15 projects that could rapidly test ideas and innovations. A second funding round closed on 20 August 2021, with applications now under review by representatives of Our Land and Water and NZIPIM. Funded projects will be announced in September.

Read more about the 15 projects that were successful in the 2020-21 funding round below. Follow Our Land and Water on Facebook for project updates.

Magazine summarising the results of all 15 Rural Professionals Fund projects, distributed via the New Zealand Institute of Primary Industry Managers

Cattle are very sensitive to contamination of their drinking water. There is a positive relationship between feed and water intake in dairy cattle, which means that depressed water intake can lead to decreased feed intake and milk production. Anecdotal evidence from a farm in Northland showed a significant increase in milk production (up to 10%) from just changing the water supply quality. The purpose of this project is to take the on-farm field example and under controlled conditions confirm that clean pure water, that is not only good for the environment, is also good for increasing milk production and animal welfare.

Irrigation scheduling for arable and vegetable farmers is challenging. Multiple crops, of different value, often under the same irrigator, along with regular cultivation means the use of soil moisture sensors can be impractical and costly. Through remote sensing of the crop in conjunction with a water balance model, this project explores the field scale potential for the cost-effective application of true spatial irrigation monitoring across a farm. If successful, this project could provide a practical, low-cost monitoring option for cropping farmers and a new generation of pastoral farmers, alongside a new and exciting spatial irrigation scheduling opportunity.

Selecting appropriate horticultural and arable options for hill country farms and farmers, with confidence that these are financially viable and markets exist for the products, can be challenging.  This project will evaluate tools to integrate information on factors such as local climate, soils and topography, and information on various crop requirements, management and production. The most useful tools will be selected and used in a structured approach to identify the most suitable range of crop options for a case study with several Taihape sheep and beef farmers interested in horticultural options.

Perception of drone use in environmental management

Clarity needed for drone use in environmental compliance

Trusting in the “Eye in the Sky”? Farmers’ and Auditors’ Perceptions of Drone Use in Environmental Auditing

Video: Perception of Drone Use in Environmental Management

If regenerative farming can improve meat quality, particularly intramuscular fat and flavour, this provides a significant opportunity to produce and market premium meat products from surplus New Zealand dairy industry livestock. This could increase farm profitability, reduce the environmental footprint and lead to increased sustainability of the New Zealand pastoral industry. This project will test the hypothesis that regenerative farming produces cattle with better meat quality compared to equivalent conventionally finished animals and is associated with increased pasture diversity.

Impact of regenerative farming on quality

We are what we eat

Bananas on dairy farms for forage supply and effluent cycling

New Zealand is considered too far south of the equator to grow bananas. Despite this, bananas are grown – commonly as ornamentals – over wide areas of the northern North Island. With appropriate cultivars, management and location, bananas are capable of being persistent and productive. This creates an opportunity to use banana plant material as feed for livestock. In addition, growing bananas using effluent as the source of nutrients could become a key component of a dairy farm effluent system. This project will deliver a 'proof of concept' that growing bananas on Northland dairy farms will increase the economic and environmental sustainability of the dairy enterprise.

Farmers have identified a need to measure and evaluate water quality indicators associated with their own farms, and to use the results for strategic planning and catchment group activities. This project will enable farmers to directly measure ecological health, nutrient and sediment status in water that drains critical source areas on their farms. These results will support the implementation of the Good Farming Practice Action Plan (2018) and include measures of ecological health consistent with Horizon's One Plan (Schedule E) and the new National Policy Statement for Freshwater Management (2020).

Finding out about stream health for themselves

What are the best sediment traps for my hill country stream?

Sediment deposition, along with nutrient enrichment, are the two major stressors agricultural land use places on New Zealand waterways. In hill country sheep and beef farms erosion is the primary driver of sediment infiltration into waterways. Any management activity that will reduce sediment loss from the land to water is a benefit for both the farm and the receiving waterbody. However, there are a variety of sediment trap methodologies that can be used, and there are no guidelines on which ones are best and in what circumstances. This project will recognise and have a connection with existing guidelines on sediment traps and will focus on hill-country only.

Strip-till is widely used in New Zealand for the establishment of commercial maize crops, and to produce hybrid seed maize in Poverty Bay. It is not widely used to establish hybrid vegetable seed crops. This project will test the establishment of hybrid radish seed crops using strip till, undertaking three large-scale, replicated trials with different growers in Canterbury. The factors that will be measured will include crop emergence, weed ingress, disease incidence in crop and seed after harvest, seed yield, gross margin, pesticide use, fuel use, modelled nutrient loss and soil quality parameters before harvest.

There are 7000 dairy farms that do not have a full FEP and require one by 2025 (or earlier in priority catchments). To maximise potential effectiveness of FEPs and promote uptake on-farm of established and developing mitigations and Good Management Practices, FEPs must be implemented in a consistent and standardised way. Providing consistency to mitigation prioritisation will give farmers the confidence to act therefore accelerating behaviour change. This project will co-develop a freely available standardised mitigation prioritisation framework tool for use across the dairy sector, and identify the potential barriers and enablers for change.

Industry current methods of irrigating and supply of nutrients to apple orchards are at a block-level using a 'one size fits all' approach. There is no accounting for the considerable variation in tree requirements due to variability in soil texture. Reducing tree variation also has the potential to achieve even maturity and fruit quality, which is also important for the economics of mechanisation and post-harvest outturn. The cost/benefit of implementing a strategy of reducing tree variability needs to be tested.

What are the opportunities to reduce variability in apple tree productivity through targeted (sub-block) water and nutrient application?

Finding the key to perfect apples

This project will explore the decision-making around land use change in real farm scenarios. The observations and experiences will be distilled to be communicable to other farmers across New Zealand. A few workshops will be held that discuss the diversification options for a region such as the Waikato, including value and supply chains, and the capacity for potential diversifiers (who have historically been involved in commodity production) to transition to value added scenarios. Areas of uncertainty will be ascertained, with a facilitator providing coaching and support to participants carrying out diversification due diligence. A final workshop will draw conclusions on the reasons for change and barriers to change.

Water availability and other barriers to diversification

High quality fruit and high yields are targets for the New Zealand avocado industry, however, there is limited information as to what a high-performance soil looks like to help achieve these goals. This project will be the first to collect the combination of chemical, physical and biological soil characteristics and look to correlate them with fruit quality and yield. Outcomes will help inform the value of nutritional programmes, and provide nutritional and biological benchmarks from high performing orchards (yield and quality) for growers to compare themselves to.

Creating a diverse and sustainable dairy farming and forestry landscape

Reduction in pasture production and quality under trees is one of the perceived drawbacks of planting more trees on farms. However, pasture production under trees can range from a 15% increase to a 77% decrease, depending on the tree species, planting density and time of year. In this project, the spatial pasture production will be measured with increasing distance from trees. This information can then be used in spatial decision support models to estimate the effects planting trees would have on pasture production. This project will also aim to determine how cows use a grazing space planted with Paulownia trees compared to a typical barren pasture environment.

Creating a diverse and sustainable dairy farming and forestry landscape

Project Summary: Perception of Drone Use in Environmental Management

This article summarises the results of a Rural Professionals Fund project that aimed to identify barriers to the use of drones in environmental compliance, monitoring…
View Summary

This article summarises the results of a Rural Professionals Fund project that aimed to compare the quality of meat from cattle of comparable age, sex…
View Summary

View Technical Report
Trusting in the'Eye in the Sky'? Farmers' and Auditors' Perceptions of Drone Use in Environmental Auditing
Sustainability

Worldwide, the agricultural sector is under pressure to demonstrate environmental sustainability. In New Zealand, farm environmen…

The purpose of this research project is to identify barriers to, and incentives to overcome the challenges of, integrating drone …

View Technical Report
Bananas on Northland dairy farms: An option for forage supply and effluent cycling?
Report for the Our Land and Water Rural Professional Fund

This study aimed to explore the role of different soil properties in relation to avocado orchard yield. Data from this study will…

In the media Mai i te ao pāpaho

Our Land and Water Fund projects greenlighted
Farmers’ Weekly, 28 September 2020
“Farmers and their rural professionals often try out new ideas and apply different farming practices because they are curious to see what will happen. Wouldn’t it be great to see some of these promising ideas move beyond the farm gate?”
View Article
Fund created to boost teamwork and innovation
The Farmlander, page 17, June 2020
"We need to encourage more 'mavericks' into the industry to test smart ideas that challenge our patterns of behaviour," Stephen [Macaulay, the Chief Executive of NZIPIM] says.
View Article
New ideas to be tested
Dairy Farmer, July 2020
If projects show promising results they could apply for other research funding for further examination. If the opposite occurs we can fail fast, learn from the experience and move on to the next exciting prospect.
View Article 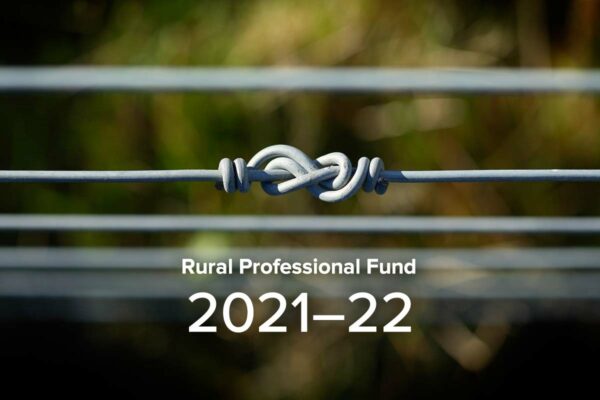 There were 12 successful projects in the second funding round for the Our Land and Water Rural Professionals Fund.
View Project 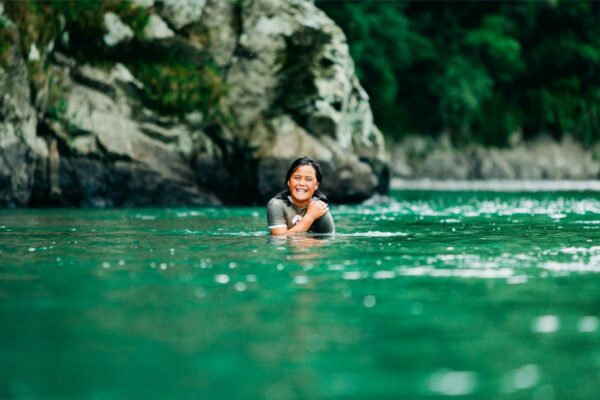 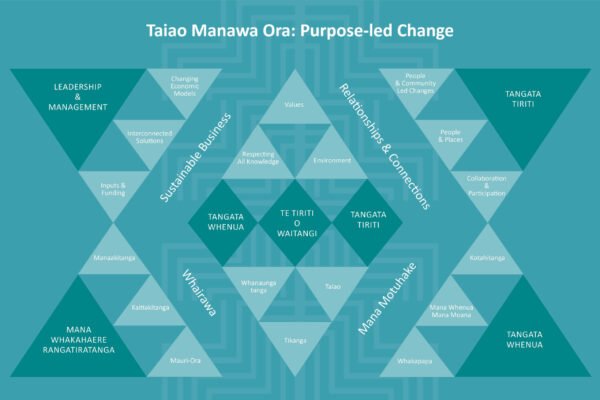 Place-based research to develop evidence-based examples of how agribusinesses and communities can make enduring changes in land use, management, value chains, and market focus to…
View Project 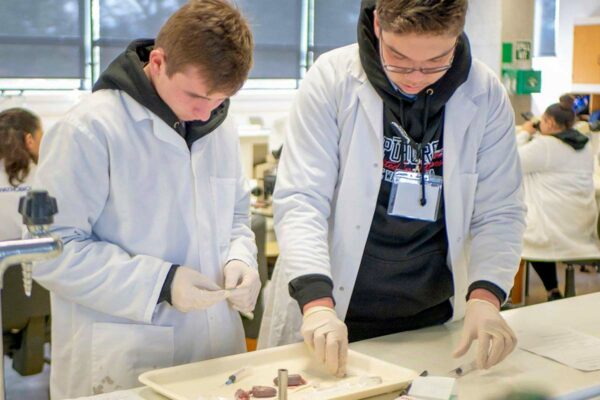 Our Land and Water is a primary sponsor of the Pūhoro STEMM Academy, a mentoring and support programme for Māori high school students.
View Project 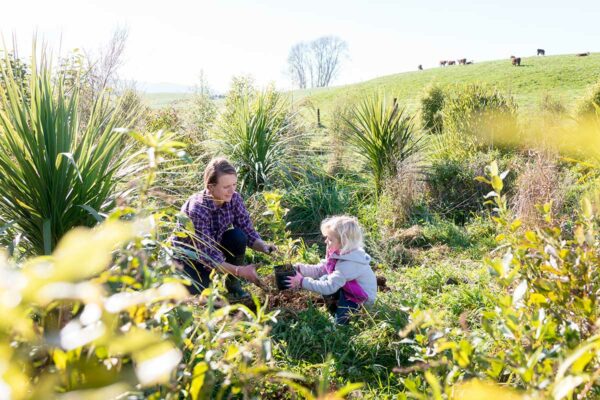 This was a one-year programme to develop the capability of influential, innovative future leaders.
View Project 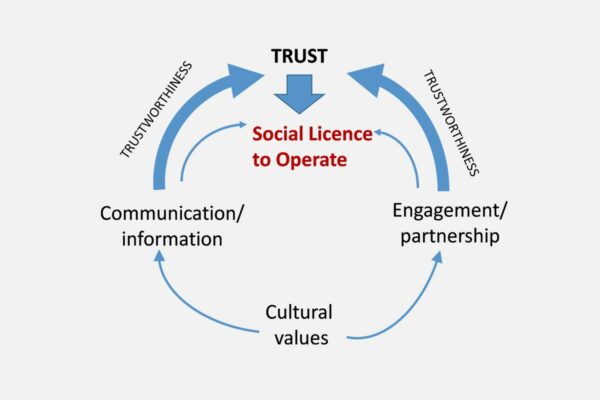 Investigating the importance of trust and approval by the community of the primary sector’s practices, and the connection to productivity and sustainable growth in New…
View Project
Scroll to Top