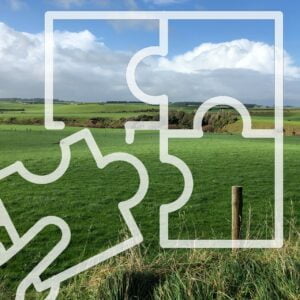 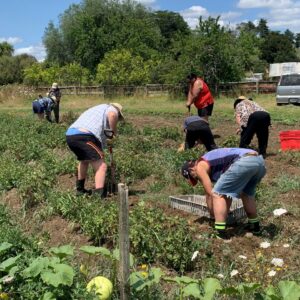 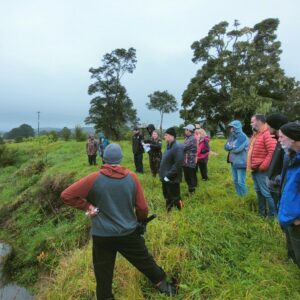 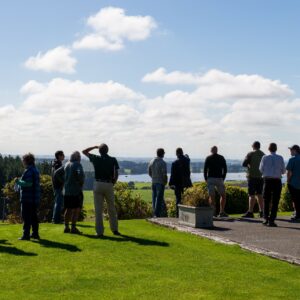 For the growing number of Tai Tokerau marae involved in the Pā to Plate project, there is a renewed sense of enthusiasm and pride as māra kai regain their place on the marae.

A report Pā to Plate: Peliminary Insights, released today, notes that the project is boosting marae community efforts in food sovereignty and security throughout Taitokerau.

Pā to Plate supports marae-based growers to provide healthy kai and resources to descendants in towns and cities. Through kai, kāinga and kōrero (stories of land and growing), the project connects descendants with their ancestral marae, and supports economic development and employment in rural marae communities. Pā to Plate also aims to support urban-based Māori in developing their sense of belonging, security and identity as tangata whenua.

Pā to Plate is a response to the effects of colonisation that continue to impact the economic capability of hau kainga communities. Added to this are the challenges of climate change, which are causing more frequent and intense pressures on the practice of gardening and living in Taitokerau.

Funded by Our Land and Water, Pā to Plate was initiated by the Mauri Whenua Ora programme (2016–19) as a collaborative kaupapa Māori research project. Now in its seventh year, there are seven Northland communities involved in the project: Oromāhoe, Tautoro, Mataraua, Matawaia, Waima, Whirinaki and Karetu.

Devised as a social enterprise that empowers marae communities, the project initially focussed on identifying the interests and needs of descendants for marae-based mahinga kai. Hui and a survey showed overwhelming interest to build or re-build marae economies with whānau.

“Pā to Plate [should] distinguish which pa the kai came from so the buyer feels their personal connection with that whenua, I have my primary marae but I also whakapapa into many marae in the Bay of Islands”

The report, led by Merata Kawharu (Ngāti Rahiri, Ngāti Kawa, Ngāti Whātua) highlights the numerous factors affecting food sovereignty outcomes in Taitokerau. “It is important for all, including outside agencies, to understand the basic impacts of history on each marae community,” says Merata. “This includes the effects of laws and policies on communities, land loss, depopulation, high unemployment and low services and infrastructure support. When we understand the effects of these things, we can provide the right kind of support for any food system endeavour”.

The report also notes that water security issues are of significant concern to marae and are being compounded by the impacts of climate change such as droughts and heavy rainfall events. Despite significant water reservoir developments in the region such as Tai Tokerau Water Storage Project, many Māori communities do not possess the resources to bid for and secure water allocations.

Pā to Plate's Paul Voigt, the project's Innovation Broker, adds that while the kete of negatives may be large – dealing with climate change, water security, reduced labour force, knowledge succession, the impacts of Covid-19, piecemeal funding – the project team believes the key to overcoming them lies in “parking the negatives and focussing instead on the positives”.

“We have to accept that climate change, in particular, has highlighted the fragility of our food systems in the 21st Century and we have to learn to adapt,” says Paul.

“Love that locals will be employed, that we know where kai is produced and can see the place it's grown”

Whirinaki-based gardening and kai expert Paula Hohua believes that important to the success of the project is ‘to grow the growers’. “Without them there would be no gardens or food enterprise,” she says. Paula is supporting growers to develop gardening skills and has run a series of workshops to teach methods of processing and preserving kai for storage or added value.

Paul, who has been instrumental in helping source funding for this and other initiatives, says all the workshops have been well attended. “Many people have not made jams and sauces since they saw their Nan or their aunties working in the kitchen. Now they are beaming with pride. I’ve heard many emotional comments from whānau who are so proud of their efforts.”

“It also fosters and builds whanaungatanga or kinship between people and marae. Seeing communities identify and build on opportunities to develop saleable produce from their mahinga kai is an encouraging step forward.”

Mitai Matene (Tautoro) agrees, adding that there are all sorts of opportunities to innovate from our customary foods in the land, waters and bush. Kawakawa pesto is just one idea his cousin has successfully trialled. There are many others to explore which he and the team hope to foster by building the ‘tangata in whenua’ economy model of Pā to Plate.

Rereata Makiha, mātauranga and maramataka expert from Waima, says that it is important to “feed whānau first”, provide kai to the local community including marae, and provide kai to whānau who live away.

He explains that to be successful we must look to things that can help guide us such as the Māori maramataka (calendar). “Signs of nature that tell us when it is good for planting are shifting. Growing periods are happening later with a warming climate, the actual growing time is also quite different to when I was growing up. We need to learn these things to be successful in our own way.”

Matua Rereata also shares the thoughts of Mitai on the importance of innovation and has some cunning plans for his kūmara for the market.

Other success factors are the development of annual mahinga kai implementation plans as well as longer-term strategies that tackle issues such as succession planning.

Next steps for Pā to Plate

According to the report, “There are multiple strategy, business, community, and other social, cultural, and economic steps ahead. Understanding then addressing the challenges and risks is critical to any successful outcome if long-term solutions for the multiple current and future marae are to be found and maintained. Success will materialise if and when the enterprise is driven from the marae communities.”

The team, through the guidance of Hirini Tane (Ngāti Rahiri, Ngāti Kawa), has developed a website. Initially a ‘proof of value' tool, www.pa2plate.com currently provides information, updates and resources for communities alongside its social media platforms. An online ordering system will eventually be tested to enable people to order foods from their ancestral whenua on the website, as the growing communities build capacity and develop planning around the consistency of ongoing produce supply and quality.

Success is all about the people and land working together. Pā to Plate is showing us ways to achieve that.

Adrienne Rewi is a writer, photographer, and artist in Ōtautahi Christchurch