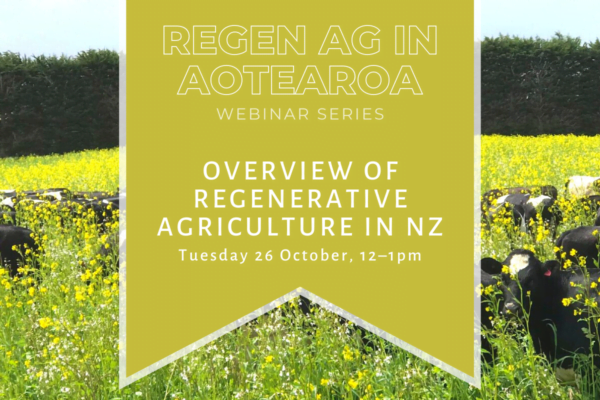 Overview of Regenerative Agriculture in Aotearoa 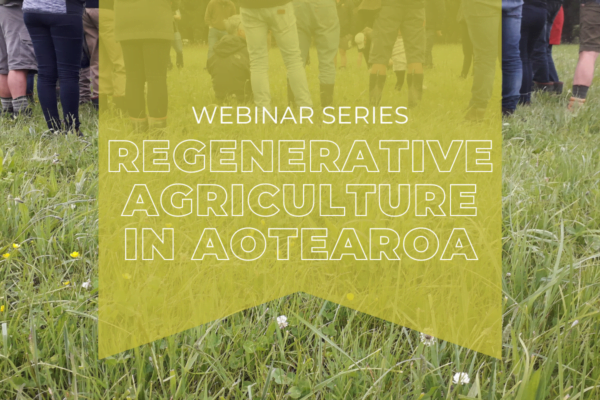 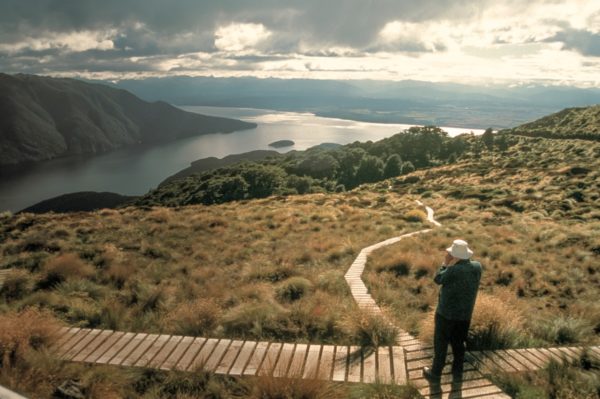 Opportunity to Join Our Land and Water’s Science Leadership Team 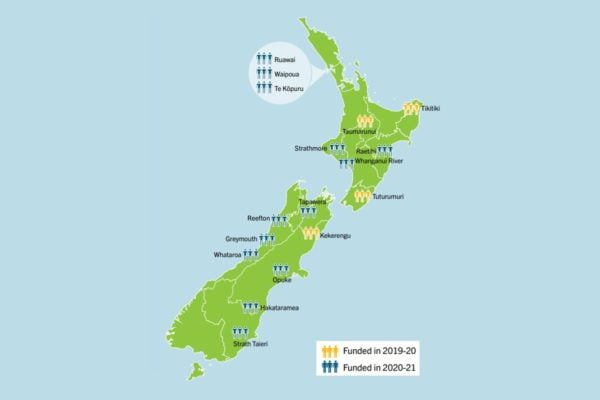 New Zealand’s inaugural national Open Farms day (1 March 2020) welcomed more than 3500 Kiwis onto 45 farms across the country. Designed to reconnect Kiwis with New Zealand’s land, food and farmers, the event enabled the Our Land and Water National Science Challenge (an event sponsor) to conduct a survey into visitor’s attitudes towards food and fibre production.

There are 7 key insights to draw from this research:

“A personal farm experience is both highly enjoyable for visitors and farmer hosts alike and positively impacts urban perceptions around food and farming,” says Our Land and Water Theme Leader Dr James Turner. “The data suggests that on-farm experiences can be a useful tool for building producer-customer connection in the future.”

2. Criticism of farming isn’t about farmers, it’s about practices

The research suggests that farmers are valued and seen as ‘part of the solution’ in achieving sustainability. For example, 60% of respondents believe that buying NZ grown food or directly from a farmer is the most effective way they can support sustainable farming. Farmers were also cited as the group that can make the largest difference to the quality of NZ’s waterways (60%), followed by regional councils (58%) and central government (56%).

“Loved the work they did in capturing rainwater off their fruit tunnels, monitoring water and nutrient uptake of plants. Plastic fence posts. Experimenting with bugs and plants to eradicate pests or enhance production.”

Respondents balanced support for farmers with concern that some conventional farming practices are not sustainable and should change. They also referenced practices like carbon sequestration, regenerative farming and ‘Brand NZ’ as opportunities. The level of technical interest was surprising and supported by the fact that ‘science in farming’ was the top-rated highlight of the Open Farms day.

“I think that farming can be a big contributor to reducing greenhouse gases if regenerative / carbon sequestering methods are used. NZ can be a leader in this field and cash in on the Green Food movement that is clearly in demand in NZ and other countries.”

“The level of technical interest demonstrated by respondents also presents educational and marketing opportunities across concepts that the public have expressed interest in, like regenerative farming or carbon sequestration.”

“Whilst I appreciate very much the hard work farmers do to provide food etc for society, the simple fact is we’ve all got to eat much less meat, especially beef, and slow down wringing the planet for all its resources. A hard problem for everyone, farmers included.”

“I'm proud of the fact that the NZ farming model is sustainable by international standards, but I suspect traditionally that has been more by accident than design. I'm hopeful and excited about the steps now being taken by individual farmers, and the research being done, to mitigate environmental impacts. Also, I'm grateful for the sustainability push coming from within the industry.”

“I worry about the dependence on synthetic fertiliser and would like to see a lot more emphasis on native planting and riparian planting. I am concerned this is a huge burden to place on farming families and that they are being used as political pawns without any meaningful support to transition.”

“I think farmers work incredibly hard, and we need to support them in the transition to sustainable farming practices.”

The data points to a demand for local wholefood. In addition to the 72% of respondents who left their farm experience feeling more likely to buy food direct from a farmer and the 64% who were more willing to pay a premium for sustainably grown food, 64% of respondents have recently adopted more environmentally conscious shopping habits. Of those respondents:

“Some Kiwis are keen to support farmers who are shifting to more sustainable farming by buying direct from the farm. Can more farmers take this opportunity?” says Dr Turner.

4. Farmers and the public agree on a priority environmental action: Get stock out of our waterways

Respondents believe that excluding stock from waterways is the most effective action to improve and protect NZ lakes and rivers (43%). This was followed by reducing fertiliser use (34%), tree planting (31%) and land use diversification (29%). This matches the industry’ focus on stock exclusion, best demonstrated by Dairy NZ’s Water Accord which has seen 98% of major waterways on dairy farms fenced. The Survey of Rural Decision Makers suggests alignment between farmers and the public on environmental priorities too. It found that:

5. Differences of opinion on tree planting

One area where there appears to be some disagreement on sustainable priorities is around tree planting. 31% of Kiwis believe tree planting is one of the most effective on-farm environmental practices, but Survey of Rural Decision Makers research reports that this less of a priority for farmers. A clear majority of farmers (between 55% and 79%, depending on region) have not increased their net forest area on farm in the last 10 years and don’t intend to in the next 2 years.

6. Farmers have a significantly better understanding of kaitiakitanga (guardianship) than non-farming Kiwis

There was an interesting disparity in self-ratings in understanding of kaitiakitanga, with farmers rating their understanding significantly higher (5.4/7) than visitors (3.6/7).

7. Farmers and the public generally agree on who can best influence the quality of New Zealand’s waterways and that urban Kiwis have a role to play

It’s clear that building a more sustainable food system that improves land and water quality will take behavioural changes from everyone. Simply overwhelming farmers with criticism contributes to an ‘us vs them’ narrative and limits their ability to evaluate evidence, think long-term and be part of positive change. Instead, there needs to be widespread public reconnection to the wider agrifood and fibre system – which all citizens are a part of and have influence over. To quote Wendell Berry “eating is an agricultural act”.

The story we tell ourselves about our food and farming needs to evolve from the simplistic ‘urban-rural divide’ and towards a more sophisticated understanding of the pressures on farmers and how customer, industry and policy power can be redirected to support farmers make positive changes.

Overview of Regenerative Agriculture in Aotearoa

Opportunity to Join Our Land and Water’s Science Leadership Team